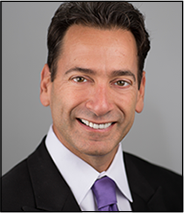 Dale moved to Tampa Bay after receiving his law degree from Duke University School of Law in 1989.  He received his B.A. degree with honors from the University of Pennsylvania in 1986.  Prior to establishing his own firm, Dale worked as an attorney at one of the Bay area’s largest and most prominent law firms, Johnson, Blakely, Pope, Bokor, Ruppel & Burns, P.A.

Dale is recognized as a leader in providing exceptional legal services to both his clients and his community.  Based on a number of objective measures including overall client satisfaction, legal rating service AVVO has rated Dale “Superb,” with its highest ranking of 10.  The Florida Supreme Court has recognized Dale for his outstanding pro bono service to the community in seven of the last eight years.  The Florida Justice Association has awarded Dale with recognition as an “Eagle member”.

Dale is also a member of The Hillsborough County Bar Association, The Clearwater Bar Association, and for several years served as a Barrister with the Tampa Bay Inns of Court.  Dale is a member of the Florida Bar’s Speakers Bureau and speaks often to other lawyers and the public on topics related to Florida insurance law, auto negligence and medical malpractice.  He is admitted to practice in all Florida State Courts and the United States District Court for the Middle District of Florida.  Dale has served several terms as President for both the Duke and Penn alumni associations.